The roots of this band started back in 1986, as one of the Worlds first (if not the first) AC/DC Tributes, as "BACK IN BLACK".

The THUNDERSTRUCK name change came about around 1994/95 due to legalities with the name "BACK IN BLACK", (copyright issues with the bands former management).

Through the years there has been line up changes, to the point now, there are no original members from the early days. With a 'split faction' in early 2005, the members separated, with one lot staying as THUNDERSTRUCK. Those members then recruited new players, to fill the roles left by the split.

(Brendan) BJ Vernal came into the band in the spring of 2005. BJ is so diversified with his vocals, it has been heard from people to call him "the man of a thousand voices." He eerily sounds like Bon when doing the Bon Scott era of AC/DC, but then, has the ability to manipulate his voice to sound similar to Brian Johnson, thus giving you the compliment of AC/DC.

Shaun 'Webby' Webb came into the band in recent times to take up the role of Angus Young.
Formerly with the Bon Scott era AC/DC Tribute band POWERAGE from Albury/Wodonga on Rhythm Guitar, Webby has also dip his young hands into the world of Originals with the band IDLE FRETS and currently also performs with a local Albury 'Classic Rock' outfit, GOLIATH : A Rock 'n'  Roll Experience.

After near on 8 years with "Dirty Deeds" (an opposition AC/DC tribute), Bassist Dave Ross crossed over to THUNDERSTRUCK in 1998. Dave is meticulous when it comes to sound and what needs to be played.
Dave has, through the years, played in many a band, mostly originals and also as a rhythm guitarist.

After years acting as a fill-in on Rhythm Guitar, Mark 'Cloudy' Colautti eventually joined the band on a fulltime basis and has been with the band all up for about 5 years.
Cloudy's previous years had seen him with Melbourne Original Band MERLIN'S MADHOUSE and later with Classic Rock Band HARD COPY.
Cloudy later formed SABOTAGE - The Australian BLACK SABBATH Tribute and in recent years returned to the original scene with BJ on Bass and vocals in JAR Band.

On the Drums is Nick (Nicco) Hunt.
Nicco is also a former DIRTY DEEDS player, but resigned to a part time role with that band around 2000, where he came to join BJ in DARK ROOM - The ANGELS (ANGEL CITY) Tribute Show. His more recent years have seen him working with DESTROY SHE SAID, an AUSSIE ROCK (original) Band.

With Cloudy, Dave and Nick, you have the most experienced and strongest rhythm sections in any of the AC/DC tributes going around. Their knowledge of the music/songs and their strength as a unit shines through in every show.
Webby's blistering solos and talent along with the showmanship of Lead Vocalist BJ Vernal, gives this band one hell of a head-start on any AC/DC tribute.

THUNDERSTRUCK give you the full spectacle, so you not only have a great musical tribute, but a fully fledged show that will leave you feeling as if you have just witnessed AC/DC themselves, either from the 70s, or current, with BJs ability to vocally change from sounding like BON SCOTT, to "roughing up the voice a bit", to sing in a voice similar to BRIAN JOHNSON's.
The band does 2 sets, one dedicated to BON, & the other as AC/DC are now, for most pub/club shows.

The band will also punch-out one long set, in 'Concert form' for festivals and the like.

The band have on occasion put on a 3 set show if need be, but 2 sets usually covers a fair variety of Hits, Classics & the odd obscure song.
THUNDERSTRUCKS ability to diversify allows them to chop and change the sets (even during the show), so you are not always hearing the same songs at every show; yes, the 'HITS' will be there at most shows, but the classics and especially the obscure songs, change regularly, bringing you - THE ULTIMATE AC/DC TRIBUTE SHOW. 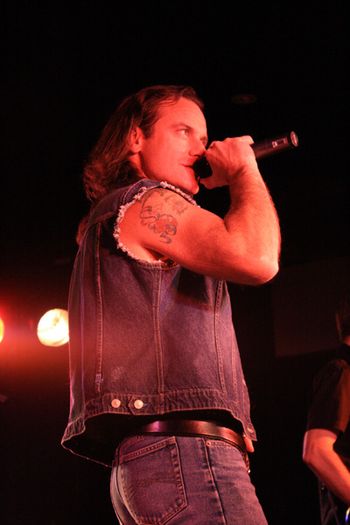 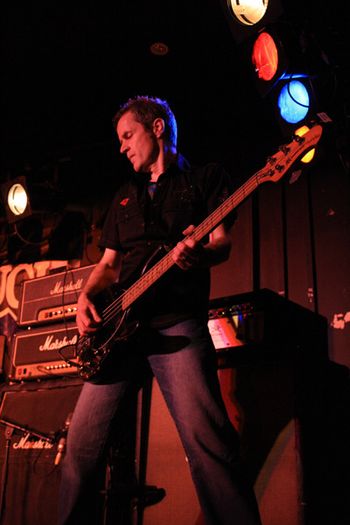 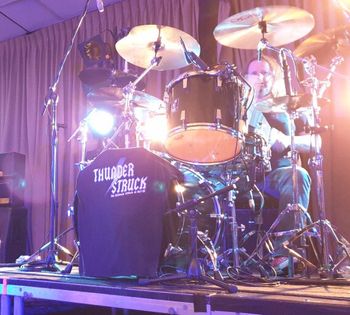 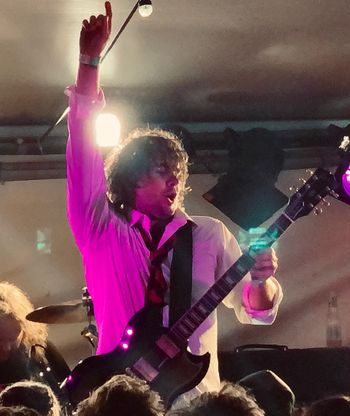 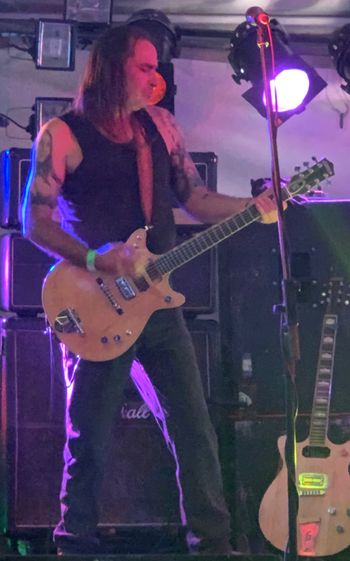